So, we’ve had two storms so far this year that warrant them being given a name. Latest being Storm Dennis, having wreak havoc all over the country and for some this has led to them leaving their homes. No doubt peoples gardens too will suffer with the considerable amount of rain that has fallen. I hope that they recovery won’t be too long. Best wishes to all who have suffered at the mighty power of the storms.

We’ve not had too much damage and it is looking quite superficial. I’ve spotted a fence panel, a boundary neighbour’s, that will need attention but that’s all so far.

1) Back in the autumn I planted a large planter with species Crocus and Daffodil Tete Tete. Well they’ve done rather well even though there’s been some wind and rain damage. Brightens up the front door. 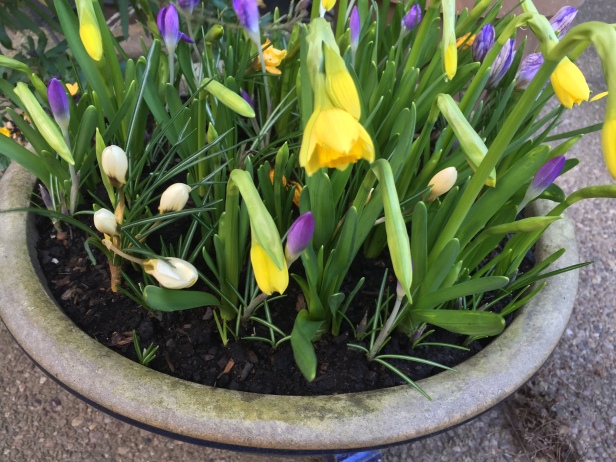 2) Yes I know it’s another Hellebore picture but has to be included as they’re looking wonderful though a bit down in the dumps as the flowers are hiding their faces. Also I’ve done some tidying up which lets them Shine through now.

3) This patch of greenery is Muscari. They’ve been allowed to run riot below the Forsythia at the front of the house. The lone crocus says it all for what was many crocus. This area will now be allowed to flower, with hopefully many blue flowers later on. I’ll update later which is likely when the Forsythia is in full bloom too. 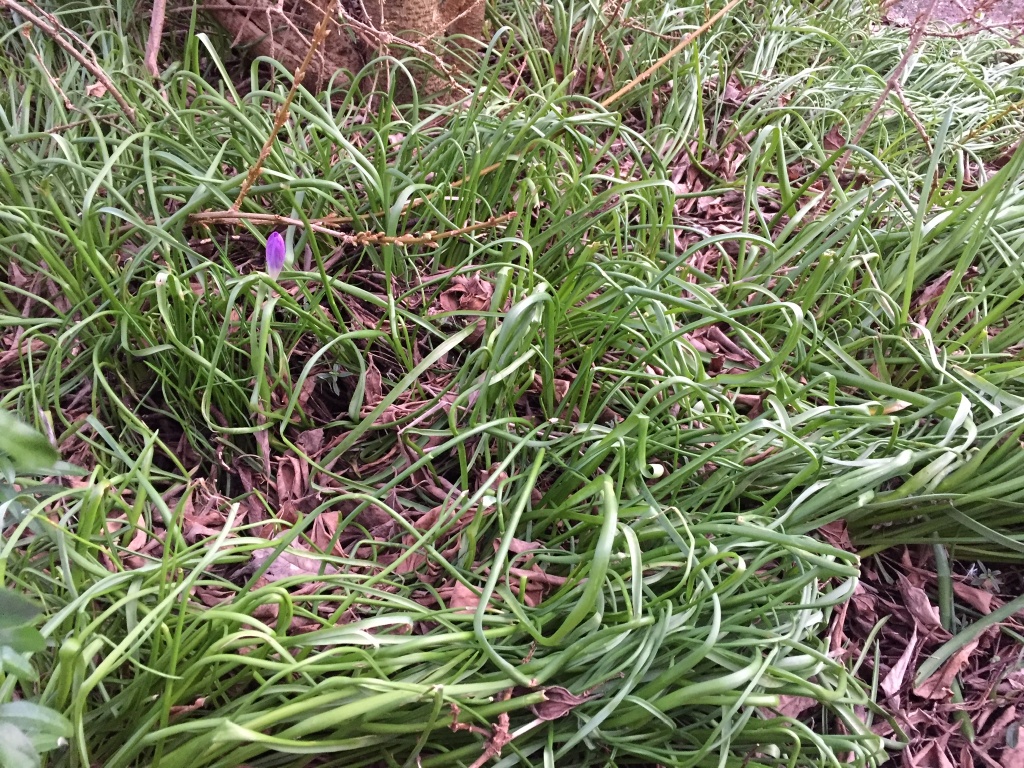 4) Foxglove. We had been enjoying foxgloves every year from self set seeds. Now we’re down to one in a pot which I’ll put in the ground later on this spring. It may not look much but it’ll grow up into a handsome plant. Here’s hoping for many more foxgloves over the years, too.

5) Viburnum x bodnantense ‘Dawn’. It may not look much of a shrub but there’s lots of those heady scented flowers amongst the cross cross of twigs. When I see it from the window upstairs it Sheas lols great but hasn’t photographed that well. I’m pleased there’s plenty of flowers again this year perhaps lots more in fact that last year. 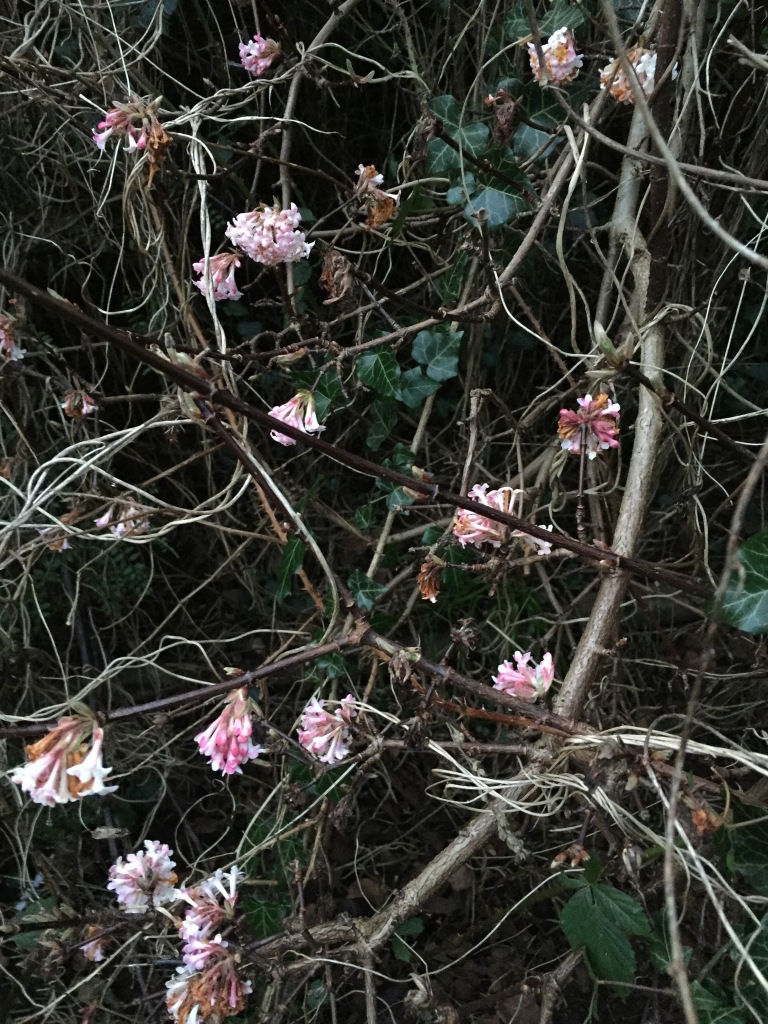 6) Seed sowing. Parsley is my first time to grow them in many years. Just hoping for success. The basil is it’s second showing as the first earlier this year failed miserably, oh well that’s the way it goes sometimes. Both seeds sown in three inch pots. Looking forward to some very tasty herbs. The basil was a triumph last year.

That’s my Six and I’ll be back next week with more of what’s going on in my Nottingham garden.

Thanks to The Propagator for allowing us to share our gardening exploits. See more of the Six on Saturday via his wondrous blog.